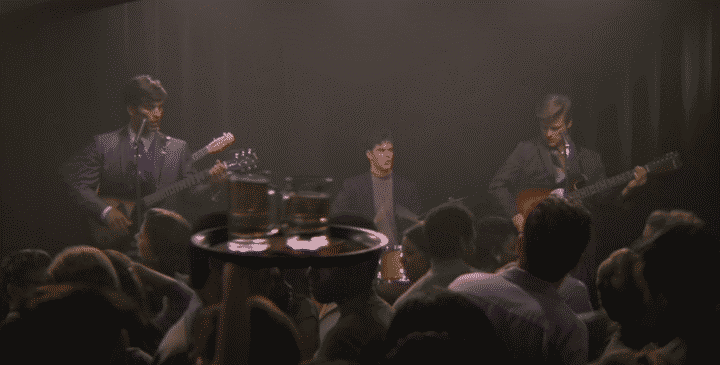 A Werner Herzog film exploring Juliane Koepcke's sole survival of a plane crash in the Peruvian rainforest. Viewable {^on YouTube}.

This is my second time seeing this movie. It's a blockbuster, sure, but it is so pungent with hopelessness - it feels like even with the sprinkles of heroism, it's a truer representation of war than most films are able to capture. I love that Nolan insisted on warping time in yet another film, except this time instead of chrononaut characters, it's the viewer that time travels.

Ghost Dog: The Way of the Samurai

Throw Jim Jarmusch, the RZA, Forest Whitaker into a blender and you get a profound and profoundly odd movie combining the film trends of the 90s: hitmen, the mafia, and samurai, all while paying homage to the incredible 1967 crime-drama, Le Samouraï. Both movies open in the same fashion, with quotes from (possibly fictionalized) books on "the way of the samurai" and feature loner hitmen for whom the latest hit turn the hit back on them. Both heroes have peculiar relationships with birds, who serve as portents of danger.

Anyway the film is fantastic, as is the soundtrack.

I'd also recommend watching the 2000 mini-making of interview with Jarmusch, the RZA and Whitaker where they talk about their creative processes, both to create the characters and the films ambiance.